Does play-doh spell DISASTER in any other mother's mind out there? So, when Brooklyn had a friend over the other day, I thought I'd be super nice and send them outside to play with play-doh. 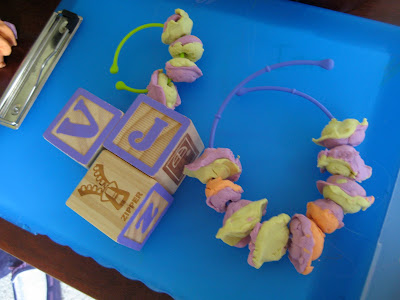 To get them focused, I challenged the each create an animal. Of course, I made it into a competition to see who could create the "best" animal. Didn't want to cause any drama, just thought it would motivate them a little more. 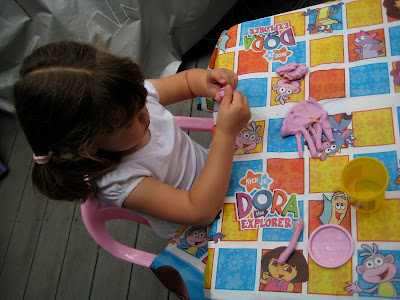 Brooklyn came up with a giraffe although the distiguishing feature of a really long neck either never got attached or was mixed in with the legs.
Ezra I think started with something which I don't remember. A tiger maybe? He then started separating the dough into a bunch of little pieces. 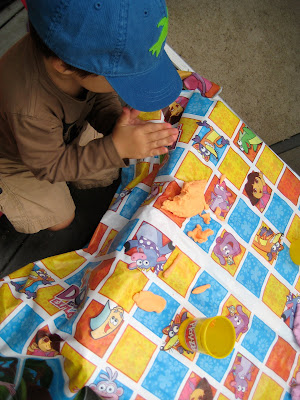 At one point he came inside and asked if we had any video games he could play. It made me wonder what I'm in for with Ian. I also felt really bad later in the day when Brooklyn wanted to wear dress-ups and dance to music. Our closets are totally void of any boy-appropriate costumes, but Ezra really wanted to participate! I am so glad that his mother is still my friend when he opened the door to greet her as Cinderella. Sorry about that! 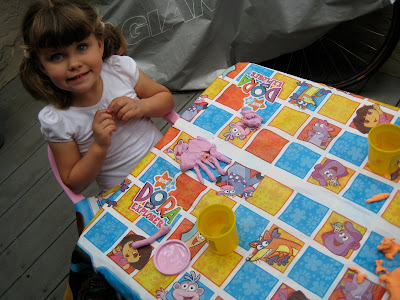 That same day, I found Ian mounted on Brooklyn's bike. I guess we have the training wheels to thank for keeping the bike in an upright position even with 25 or more pounds on one side at one point. I really can see the logic in investing in most, if not all, gender-neutral toys, but is that possible with your first child? 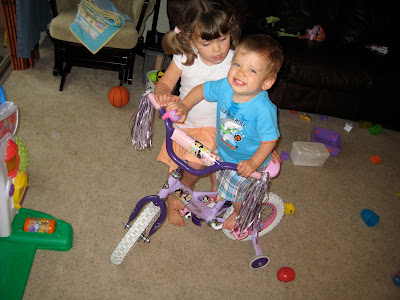 Ian was very proud of this accomplishment and cheese-smiled for the camera. He may not be able to reach the pedals to ride it himself, but at least he can scale the thing. 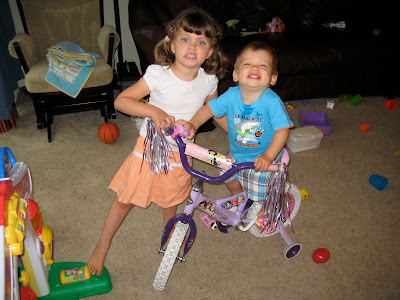 Where's the playdough disaster. I was waiting for it to be in their hair or the video game, or tracked all over your place in squishy footprints.

It did get tracked into the house and all over the carpet, but I didn't photo document it.