Brooklyn loves cruising on her bike (still with trainers) and I love that it gets her moving fast. She is a slow walker and now I have to jam with Ian in the single stroller to keep up with her. 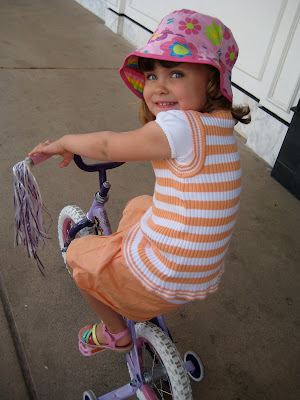 She loves yelling, "try to catch me!" as she weaves in and out of the kiosks at the mall. We usually bike to the end of the mall where there is the play area. Then we return home after a few minutes of play. So far, no shoppers have been harmed. 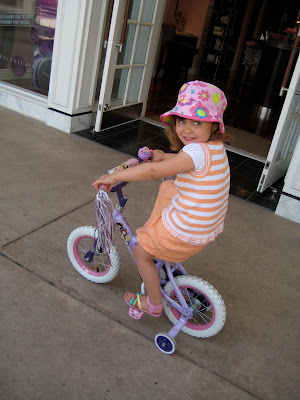 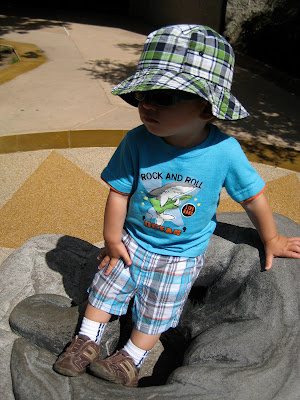 Ian loves to be outside. One of his favorite sayings, "GO!" Meaning, "Let's go!" He tries to help me get ready when he thinks it's time for an outing by bringing me my shoes and grunting while he tries to put them on.
Since he enjoys hitting his older sister for fun, he's been promoted to time-outs. I never thought it would be this fun to discipline an almost one and half year old. But I love watching him have the serious face when he's getting reminded of his misdemeanor. When I instruct him to apologize, he doesn't say sorry but gives a nice hug.
Posted by Desirae Badger at 9:56 PM

so cute! The children will love these pictures in 20 years.