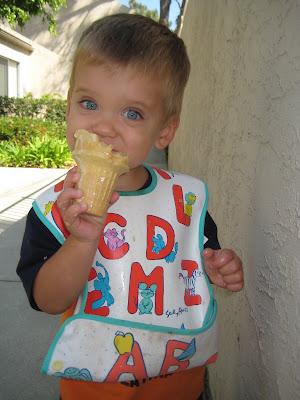 Remember the phrase that everyone wrote in each other's year books back in the good ol' school days, "Have a cool summer"? Well, this year our summer was literally and metaphorically very cool. That didn't stop us from eating plenty of ice cream, however. Here are some of the other things we did after all the family vacationing. 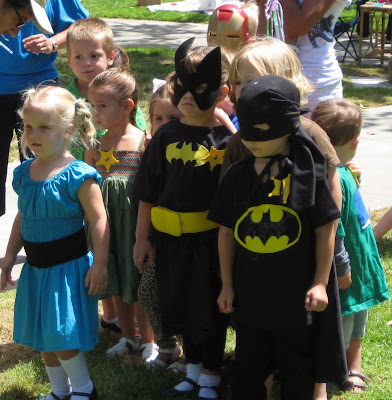 Brooklyn attended a fun super-hero party. I didn't realize batman would be the character of choice! Can you find Brookie? 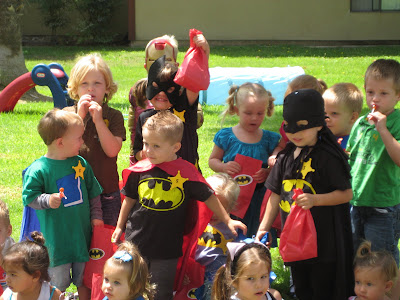 Another day the kids went on a super cool treasure hunt orchestrated by our neighbors, Jen and Derek. We miss them terribly, but Fresno is a better place because it has stolen our favorite neighbors! 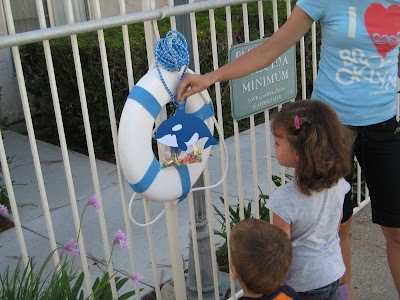 Here are the little capsule critters that were part of the hunt. 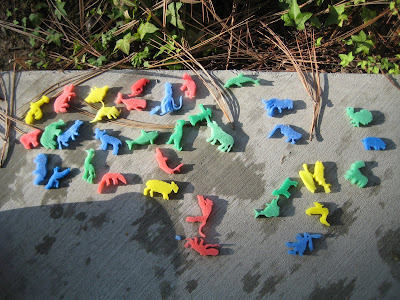 Here the kids are searching for the next clue. 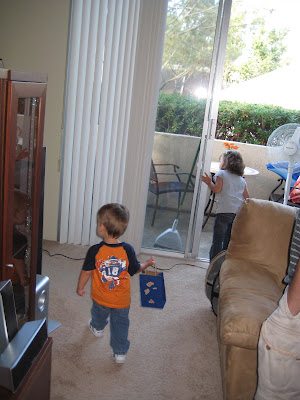 In the end, the kids scored some "killer" friends! 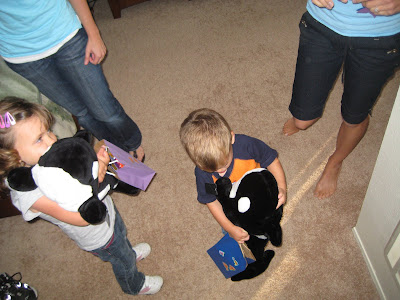 And Derek, on his birthday, scored some killer homemade cinnamon rolls. 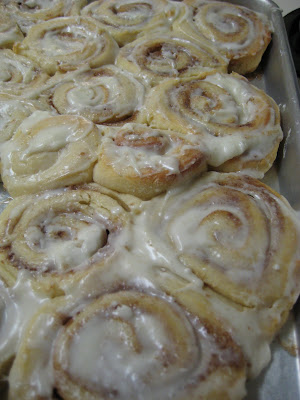 Brooklyn, under the supervision of lifeguard Ian, attended Buddy Swim Camp and the YMCA. She loved every second of it. I'm still hearing camp songs weeks later that she learned there. 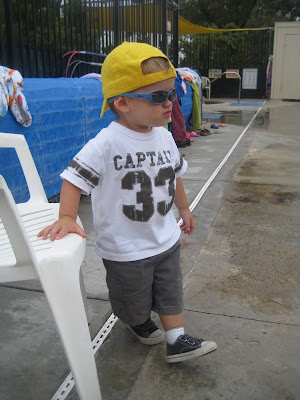 What a poser! Brooklyn and her "new friends." 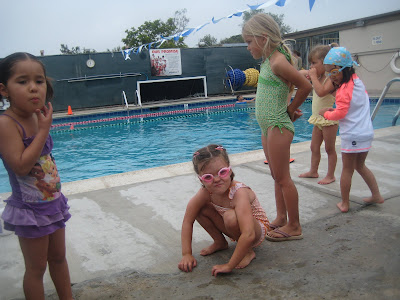 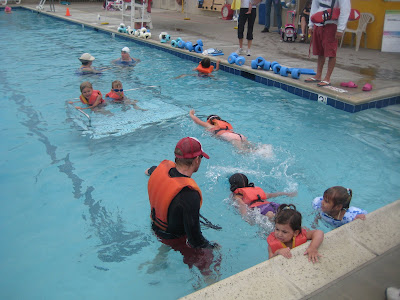 Here's Jenn on the day we saw her last. :( The moving truck, just footsteps away, not pictured.) Thanks for the colorful potted flowers! 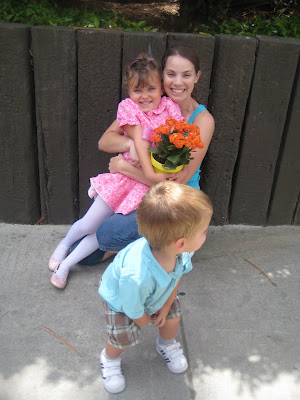 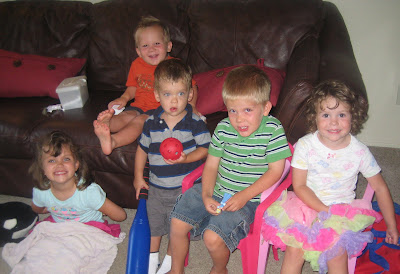 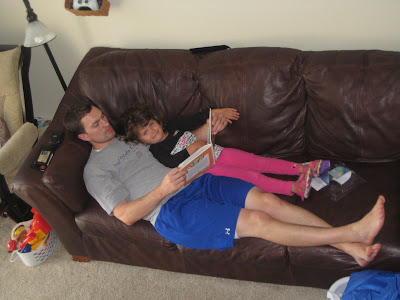 We ate lots of seasonal melons, berries, and fruits of all kinds. YUM! 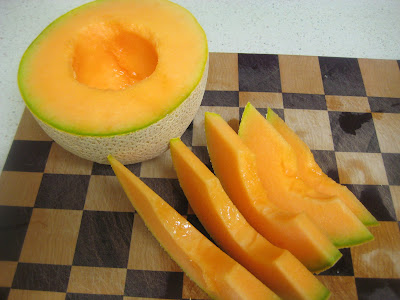 We experimented with crazy hairdo's a la Desi's Beauty Salon. 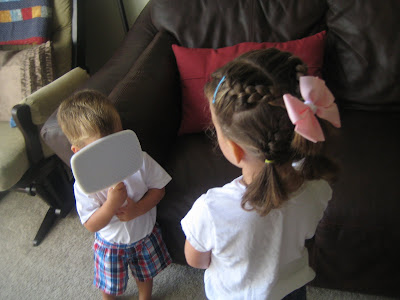 Ian and Dad found time to pose in their matching plaid shorts. How patriotic, boys! 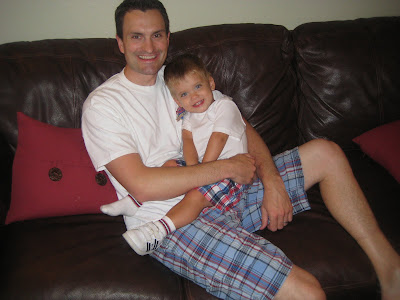 Ian checked out the fish at the zoo. 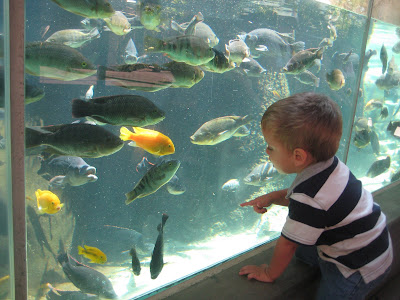 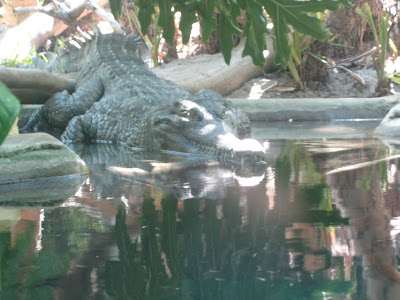 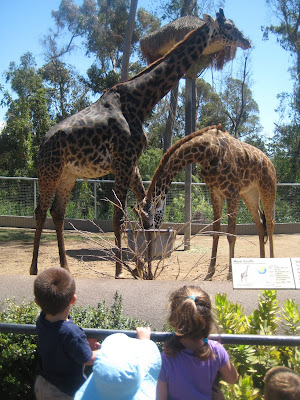 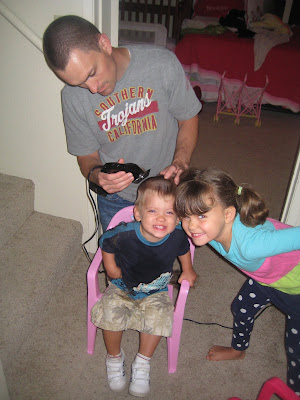 And lastly, we entered a really fun sandcastle building contest. 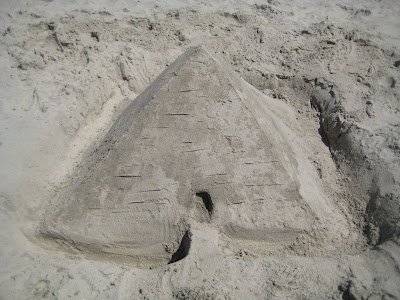 Not that we're competitive or anything... 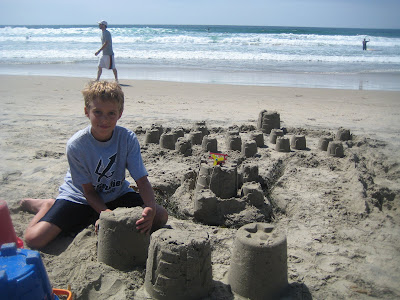 We would've still had fun without winning. But Stephen pulled out all the stops on the construction of it. Aparantly bigger is better. Brooklyn holds the victory shovel below. 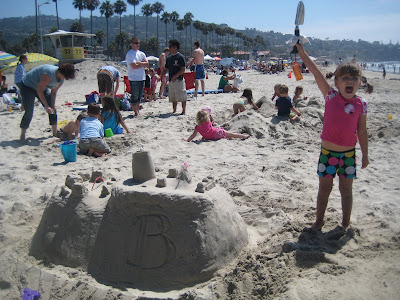 Summer, we had a blast. I can't believe you've come and gone already!
Posted by Desirae Badger at 3:22 PM 6 comments: