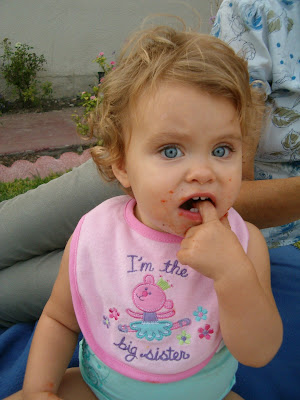 So how do you like the new bib? Pip thought it was just another hand-me-down, Tina didn't even notice it. Finally before Jim left for his meeting and after the meal was finished, we made my dad read it out loud. Later when Jeff read it, he thought it was an eye-test because we made him read it first without then with his glasses on, just to see how blind he was. We had to point it out to Calvin after we had him take the bib off, then back on again. Carol still doesn't know because she was at a baby shower, so Caden will tell her tonight.

I guess we'll soon find out who's actually checking out our blog! :)
Posted by Desirae Badger at 10:08 PM 17 comments:

Caden's 3rd Birthday was quite a reason to celebrate on the long Labor Day weekend. It was also an excuse to escape the extremely hot temperatures in the valley - I don't know how people survive summers in the desert! Don't the waves look beautiful! It was great weather for the beach - everyone else must have thought so too! 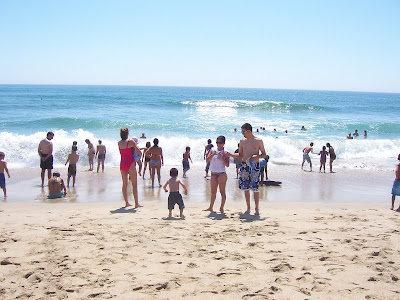 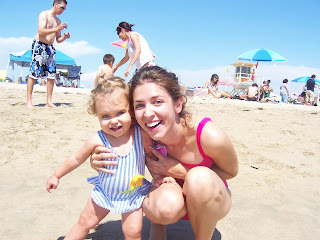 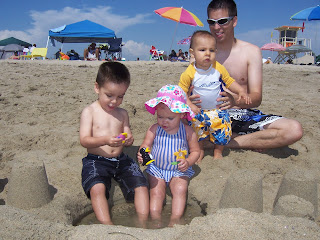 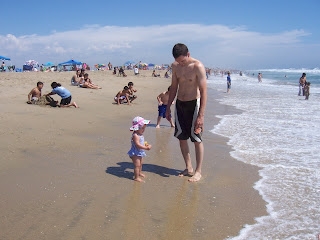 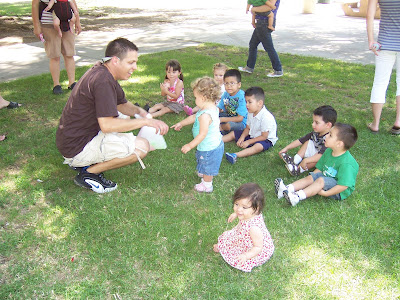 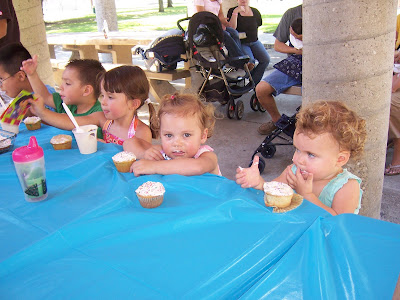 Brooklyn had a great time at her first real birthday party. Games included duck-duck-goose, throw a waterballoon at the "thirsty" tiger (drinking fountain), and pin-the-tail-on-the-donkey. Brooklyn loved running around with other tots like herself. And of course, she couldn't get enough of those cupcakes and ice cream!
Posted by Desirae Badger at 4:08 PM No comments: 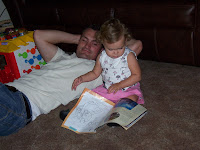 Brooklyn loves to "read" the Friend magazine. I point out familiar objects in pictures, she repeats them, then she makes up an nonsense story. It's pretty cute that she's already so interested in books and magazines - what an studious gal!
Posted by Desirae Badger at 3:55 PM 1 comment: 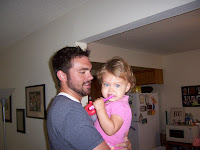 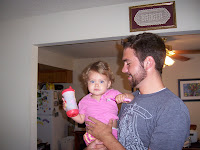 Stephen's brother Eric stayed with us for a week before returning back to BYU for the fall. Brooklyn became fast friends with Eric. They sat next to each other in the car for 12 hours or more. Here are some pics of the morning before Eric left.
Posted by Desirae Badger at 3:48 PM 1 comment: