Brooklyn had a Little Lamb 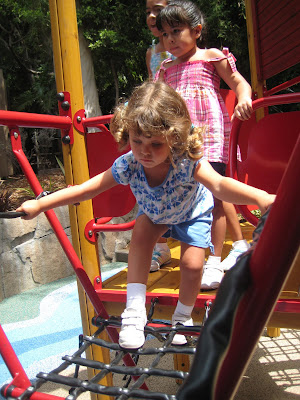 We've been visiting the zoo like it's going out of style because, well, our passes expire at the end of this month! These pictures are from a couple of weeks ago. I seem to always be about 2 weeks behind in my posting - so here's for being up--to-date! 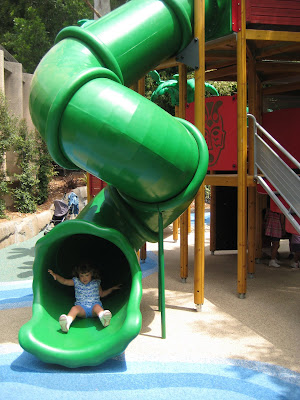 Each time we go, we try to visit a different section because there are so many cool different exhibits. This time, though, I was getting a little bugged that we drove 15 miles to the zoo only for Brooklyn to want to hang out at the park. We only have about 5 parks within a one-mile radius of us, so why did we get stuck here? 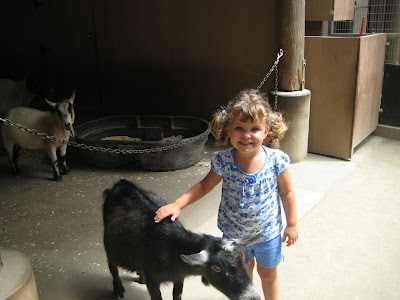 We went to the petting zoo where Brooklyn decided to claim a little lamb of her own. It was a little reversal of the nursery rhyme, though. Every where that lamb-y went, Brooklyn was sure to go. 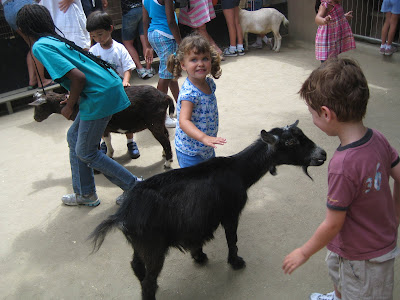 I guess it beat out her pet fish Zoe in overall entertainment value. 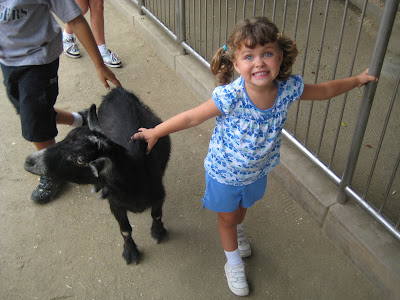 This little show called Dr. Zoolittle was really fun. It was in a white circus tent in the middle of the children's zoo area. Dr. Zoolittle did all sorts of fun science experiments in which Brooklyn volunteered (via me, of course) to be involved! The cup on Brookie's head was a target practice for the two competing scientists who were shooting these cool home-made air guns. No pellets were used. It was just air that was forced across the room so strongly that it knocked down the cup easily each time! 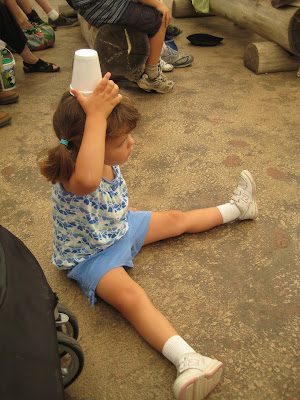 This next demonstration ended up being a bug-eating experience. 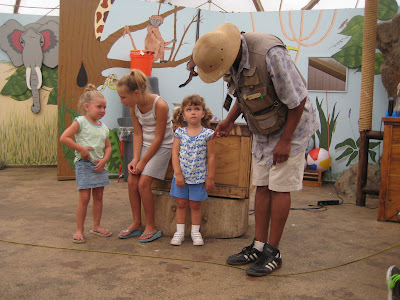 Can you guess how she fared? 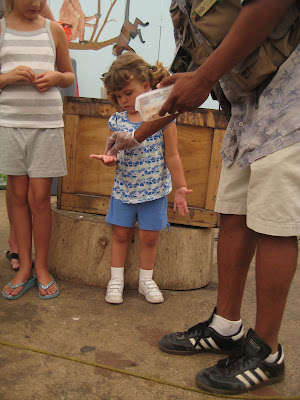 After close examination, she.... 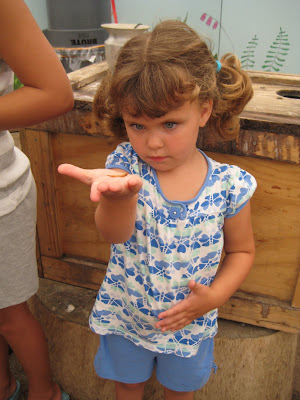 dropped the bug on the ground, then licked the palm of her hand. I don't know if she was trying to pretend she ate it, or just getting a taste-test of the exoskeleton. It was pretty funny though. I'll have to figure out how to upload videos someday for your viewing pleasure.
Posted by Desirae Badger at 9:53 PM