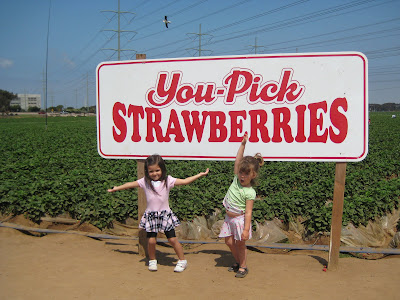 May was a fun-filled month for us!  One of our weekday outings was a trip to the strawberry fields in Carlsbad.  It was such an "earthy" experience picking our own fresh strawberries. Sorry 'bout the belly shot of Brookie!  You would never guess which one of these two girls loves happy meals and which one doesn't even know the term!  (See previous post, Happy Meal.) 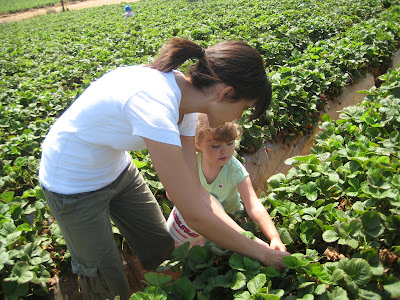 Lori helping Brooklyn, or the other way around, depending on who you ask. 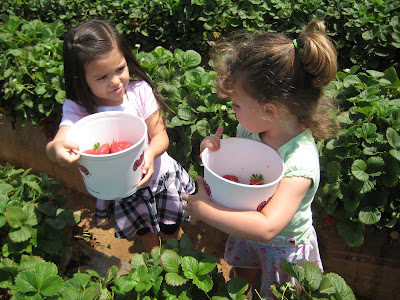 Don't you love how the girls dressed themselves for the occasion?  By the looks on their faces, this is serious business! 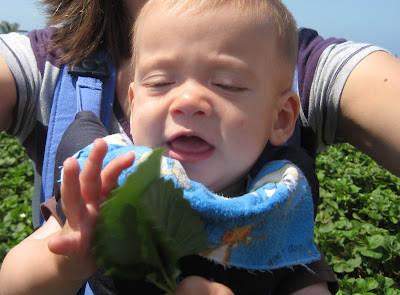 Ian sampling the leaves.  He was such a good helper!  He reached right out and grabbed away at whatever was in front of him each time I leaned forward. 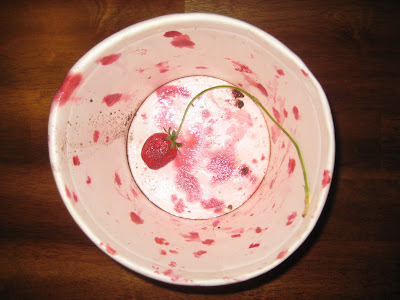 After I got home, I looked at the bowl and thought 'what the hay am I going to do with all these fresh strawberries before they spoil?' So, I decided to jam it up!  I've never made jam, so I immediately called my dad for some pointers.  He gave me some suggestions, then in the end, I decided to just make the jam that weekend when we'd be up at my parent's place anyway.  I decided however that the the strawberries may hold up a little better had they not been left in the hot car for a couple hours while we shopped at the outlet mall the next exit up the freeway in Carlsbad.  Note to self:  shop before you pick next time.  The only problem is, it would be even warmer picking the berries later in the day so maybe I should just try to control myself next time and ditch the outlet mall idea!
Posted by Desirae Badger at 4:24 PM

AWESOME behind shot of Brooklyn! I love it- in the swimmer reaching up, tooshie cheeks hanging out! LOVE IT!!!!!