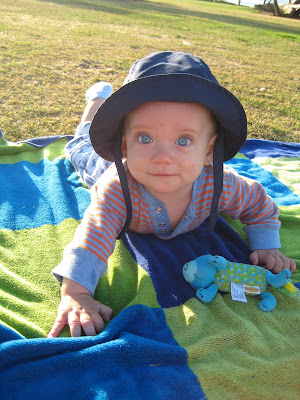 I realize that I'm going WAY back, over a month, in time with this post, but it was still such a fun outing I can't not blog about it!  So on Cinco de Mayo I had huge plans of making some really delicious Mexican grub.  You know, all the workings of a serious fiesta, including worlds biggest taco bar, rice, beans, and of course, tortilla chips with home made salsa and guacamole.  As the day wore on, my mental plans simplified more and more.  By the early afternoon, my friend invited us have a burger and hotdogs at the park along the beach.  Perfect!  I now had an excuse to not go overboard on the meal for that night. 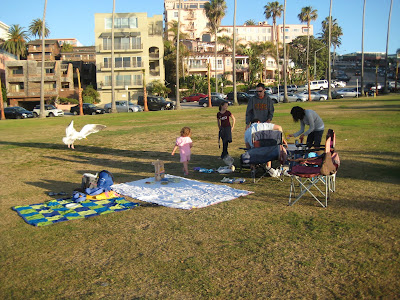 What could be more simple and fun than burgers, wieners, and friends enjoying on a nice spring evening at the park by La Jolla cove?  As you can see, it was a blast.  The only Mexican thing that made it to our mouths that night was some yummy guacamole thrown together by my hubby as I quickly nursed the baby before dashing out the door for our picnic!  Thanks Stephen! 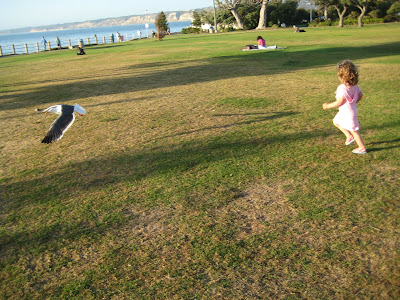 Brooklyn enjoyed barking at and chasing the birds. 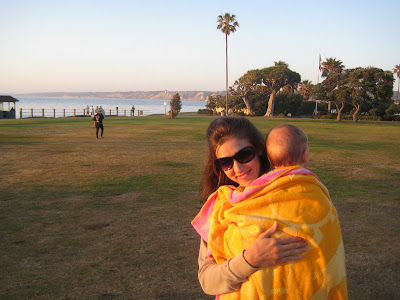 Not a fabulous picture of me, but since I am always on the other side of the camera, here's proof that I still exist. 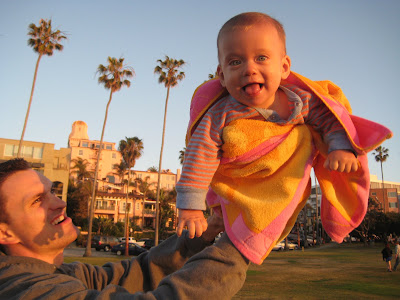 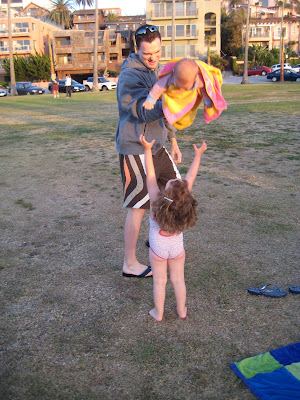 Brooklyn begging to have a turn.  Nice wedgie, girl! 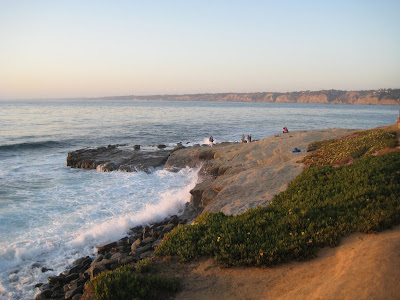 The sunset lasted forever and gave the coolest light for photos.  I had to snap a million photos to capture the evening.  It wasn't very crowded, but everyone that was at the park and beach were just savoring the atmosphere with their friends and loved ones.  I guess I really was acting like a tourist because when I snapped a picture of this guy's dog (below) he turned and smiled at me with a kind, "Welcome to La Jolla."  How embarrassing!  I didn't admit that I've lived here almost a year now... 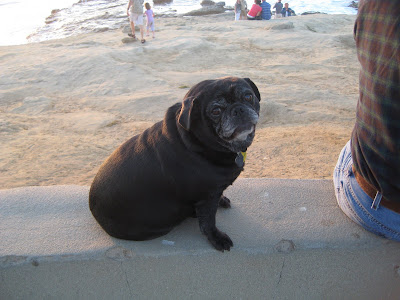 There was this swimmer who kept leaping into the ocean from this cliff.  It was pretty cool to catch the action on camera.  As you can tell, lots of people were gathered on this strip of rocks that stuck out into the ocean.  It was so cool to watch the water spray up high as the waves crashed against it and the sun set along the horizon. 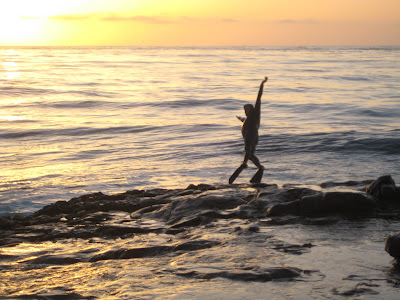 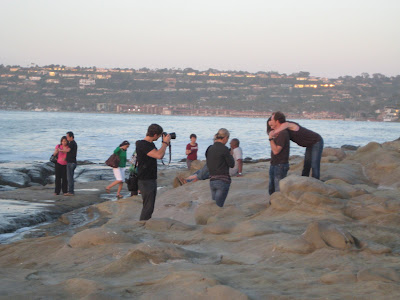 This belongs on a creation video! 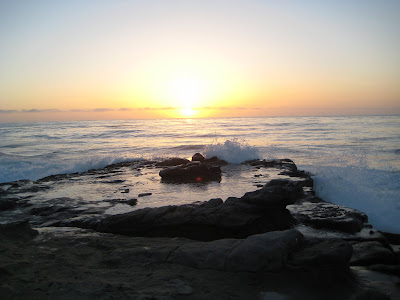 Posted by Desirae Badger at 9:16 PM

Those are some beautiful shots!! You have great photo taking talent... I guess that would be called photography skills. Lets see more!