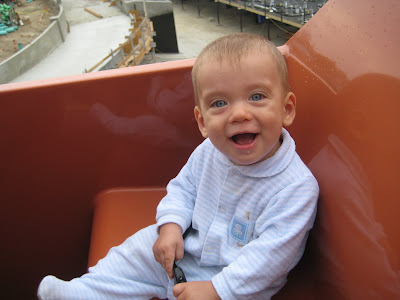 Even though I was not a huge fan of the season pass purchase we made at the time of Brooklyn's birthday this year, I decided to at least not be a total drag and try to get some use out of those puppies before the summer came with weeks on end of "blackout days." (Was that a run-on sentence?) We ended up going twice in two weeks, and I actually enjoyed it!  My Disneyland memories growing up seem to be tainted by so much of the time that was wasted in LONG lines.  Fortunately, things are much different now. 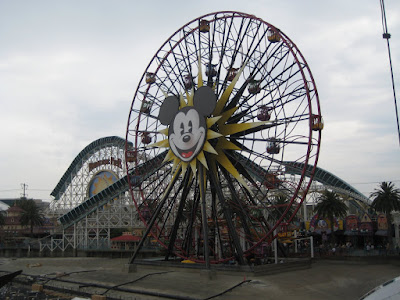 First of all, it's no longer just Disneyland in Anaheim.  It's the Disney Resort.  So basically there's another theme park, California Adventure, and tons of Disney hotels that are all clumped together as part of the experience.  What I like is that California Adventure is smaller, newer, less crowded, and more little-kid-friendly than the bigger park.  Actually I didn't even go to Disneyland both times that I went up because there was plenty fun stuff to do at the Adventure park.  Brooklyn loves the Bugs Life area and King Triton's merry-go-round.  She liked the big Mickey Ferris Wheel, but was disappointed that I chose a non-swinging gondola.  Maybe next time we'll have to step it up a notch and go for the other ones. 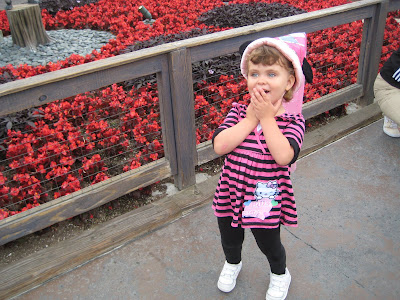 Ian enjoyed it too. My favorite part was riding the "Golden Zepper."  They didn't show any height restrictions on the map, so when I asked about it, they said Ian could ride it, but that there was "absolutely no lap sitting."  Well folks, that didn't stop us.  The top picture is Ian enjoying his very own seat NEXT to me on those fun silver-colored rockets.  (The name is a little misleading, huh?) 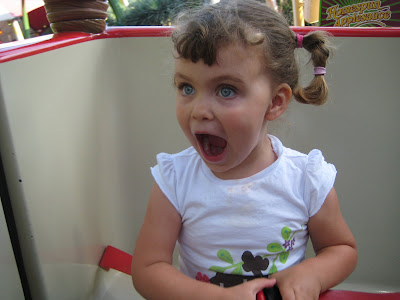 After all the excitement, both kids were pretty exhausted.  To keep Ian happy on the walk back out of the park, I gave him his favorite water bottle of mine.  He likes sucking on the lid for some reason.  He couldn't part with the thing, even with his eyes closed! 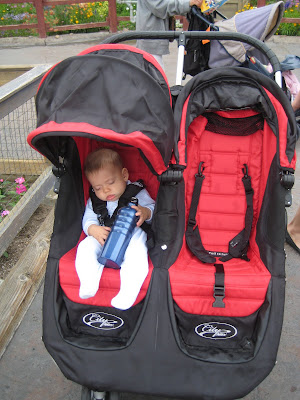 I can't wait to go back again on those few open days in August!  Hopefully we can catch the new and improved Main Street Electrical Parade!
Posted by Desirae Badger at 2:46 PM