This one's for you, Grammy! 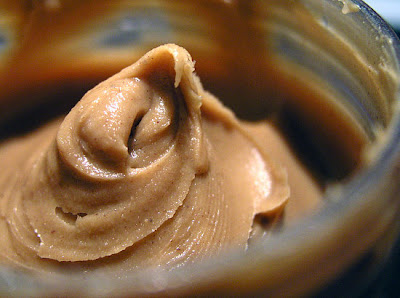 I just can't believe how sneaky little Miss Brooklyn has become these days!  Her catch phrases are basically elusions of the truth.  Let me give you some examples:
#1Me: Brooklyn, are you touching your brother?
Her: Nope!...Not anymore!
#2Me: Brooklyn, what are you doing?
Her:  I dunno...
#3Me: Brooklyn, did you get your socks and shoes on?Her:  Almost...
#4Me: (As she's getting onto the toilet) Are your panties dry?
Her: Just a little bit wet.
Even worse, she has lied one occasion.  I am trying to make a HUGE deal about how aweful this is because it is a total pet peave of mine, especially when adults do this (LIE).  I get super upset when I know another adult is LYING to my face - Aaargh!
Another thing she does is SNEAK things that she knows are wrong.  She always does this when I am in the other room either feeding the baby or getting dressed, taking a shower, cleaning the kitchen, you get the idea.  So here are some of her sneaky moves, punishable by time-outs and with-holding of freshly baked desserts, and of course a stern, 10-second lecture.  I should preface this by saying this week we are house/DOG-sitting for one of Stephen's co-workers.  They have a nice house in Ocean Beach, and LOTS of toys for their two young children, one of which is close to Brooklyn's age.
#1 Getting into the art supplies and painting her face, arms, and some carpet RED.
#2 Writing on the AQUA DOODLE (a water-only, reusable kid-friendly canvas) with black and brown markers.  She was trying to lay on it and outline her body like I've done with her outside using side-walk chalk. Of course, these dark hues made it onto her off-white sweater.
#3 Eating a brownie bite that was on the counter, saved for after dinner because when they were fresh out of the oven, she was still busted for using the paint.
#4 This relates to #1, but it's a separate sneaky offense, so it deserves it's own space: Changing her red-painted clothes for a clean pair so as to try and HIDE the evidence!
#5 Asking to putting herself in time-out and apologizing profusely as penitence for an offense from which she desired forgiveness only in hopes of earning herself a brownie bite.  (Can you tell many of these insidious maneuvers all happened within the same hour?)
#6 When such treats are revoked from her, she predictably attempts to persuade me to "put some in a little baggie to save for later."  In the case of the brownie bites, she selected three separate small tupperware containers to put them in, one for Daddy later, one for me, and one for her.  Then, when the little sister of Brooklyn's friend started crawling toward her, Brooklyn said, "No, Lily, don't eat my brownies," as Brooklyn was rubbing the top of one brownie with her fingers.  As soon as I snatched the brownies out of her own hands, Brooklyn immediately licks the flavored fingers like an excited dog.  It's a good thing she's not yet arrived at the "age of accountability."  I'm already dreading her teenage years if this behavior is a foreshadow of things to come.
#7 Lastly, the case for which the post earned it's title and picture - creating herself a peanut-butter licker WITHOUT my permission. .  . thank you grammy, for passing along the gene that inspired you to create this special treat.  So I took the treat away from her and put her down for a nap.  Guess what did I do later on to relieve myself of the stress she caused me? I ate most of it for her.
Posted by Desirae Badger at 2:38 PM

hehehe. I love it! She is so funny! I think Ryan is headed that direction... he already smiles and giggles when he's doing something naughty, then takes off running when we come to stop him. I'll have to get tips from you when he starts talking!

And I totally would have put Brooklyn in the swing if she was next to me!

She's way too smart to only be three.