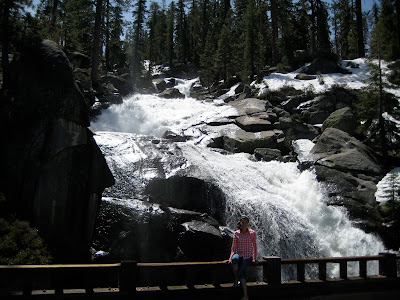 The timing of our visit to Yosemite couldn't have been more perfect. Every turn of the road, it seemed, held beautiful waterfalls just gushing full of that melted snow. We felt like such tourists! "Should we pull over and hop out for yet another photo op?" we kept asking ourselves. I earnestly tried to keep track of all the names of the waterfalls, however..... my memory is not so great on the name of this one. 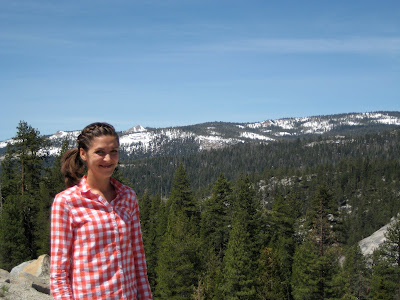 Okay, I admit, this is mostly just a picture I like that showed my creatively greasy hairdo. Below the views actually show all the stuff that Olmsted Point is all about. It a historic and "spectacular" viewpoint where the valley containing Tenaya Creek can be seen as well as Clouds Rest and then the back side of Half Dome in the distance. 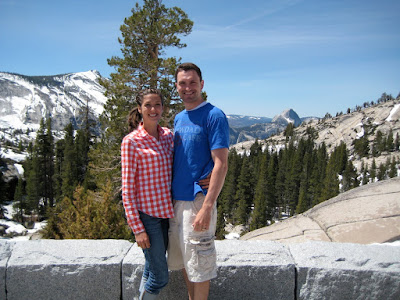 "This turnout was named in honor of famed landscape architect Frederick Law Olmsted (1822 - 1903) and his son, Frederick, Jr., when Tioga road opened to automobile traffic in 1961. Olmsted senior was considered the father of American landscape architecture and best known for his design of New York's Central Park. He was chairman of the first commission to manage Yosemite Valley and the Mariposa Grove and wrote a report recommending policy for the care and protection of Yosemite's scenery and wildlife. It is considered a classic national park treatise." 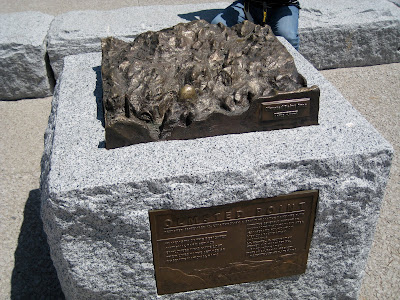 "Frederick Law Olmsted Jr. (1870 -1857) also worked in the field of landscape architecture. He collaborated with the National Park Service and was a member of the Yosemite Advisory Board, a group of experts who helped managers solve problems. He maintained a lifelong commitment to conservation, contributing the guiding language in legislation establishing the National Park Service in 1916." 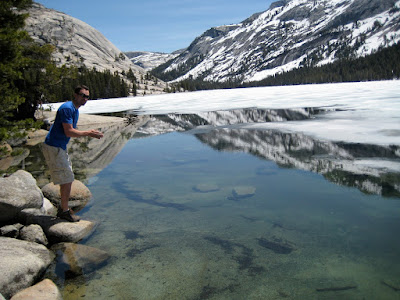 This is Stephen ready to take a dip in the chilly waters of the ice-capped Tenaya Lake. 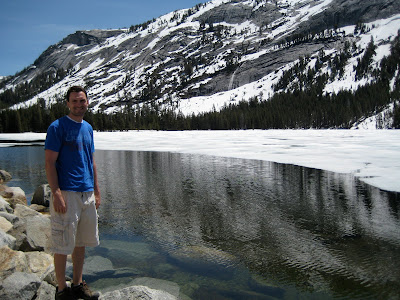 This was one of our last pictures on our way out of the park. The last few miles heading out of the park on the 120 East through Tioga Pass, I kept trying to identify three or more mountain peaks. Stephen finally said, "You've told me that the past three different mountains are all Tioga Peak," I laughed at my quest for mega-map-reading and geography skills and gave up.
Posted by Desirae Badger at 3:39 PM

Wow, that looks so beautiful! What a fun trip.