Once again, I'm guilty of not posting a monthly update on Ian! Here he is! A little about him... 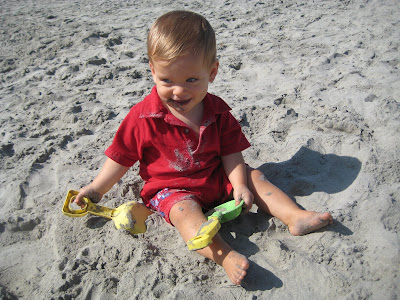 He loves adventures. And, anytime he is able to eat sand or dirt or any outdoor ground covering, it IS an adventure and he WILL partake! 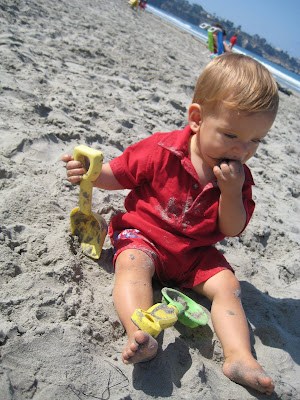 He's been crawling the real way for a couple of months now. He stands and walks with support. 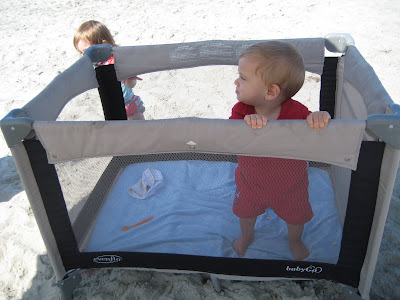 And he still thinks he is in charge. He has two new pearly whites up top, and the "Mark of Intelligence" (as Grandpa Norton says) right between them (translation: a trademark gap which he has inherited from both sides of the family ;) 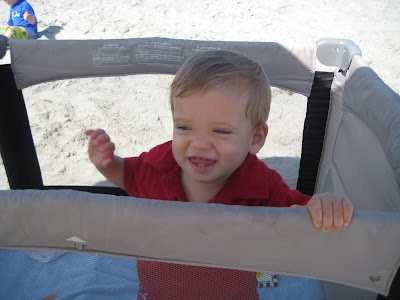 He also still likes to pour on the charms, especially for all his female admirers... 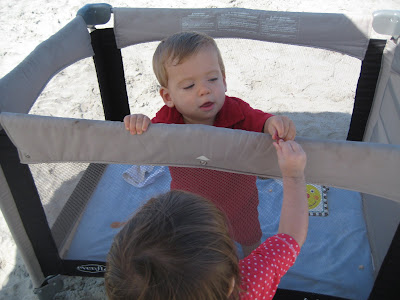 And especially when it procures tasty treats! 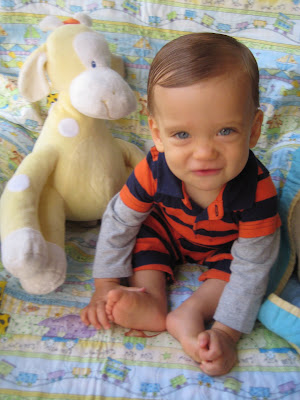 He's a WIGGLE WORM who rarely sits still for pictures or diaper changes. 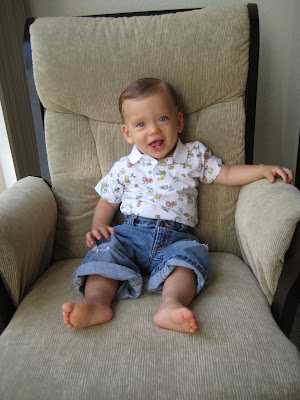 And he SO thinks he's a big dude. Meaning, he wants to eat the real stuff like big people do. He now turns his nose up at the baby cereal and only takes pieces of fruit or bread or cereal. Maybe it's those Honey Nut Cheerios that Brooklyn introduced him to! Once he tasted the sugar in those puppies, there was no turning back! 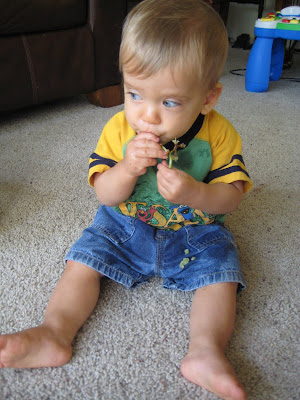 He still loves to explore. Especially when it means undoing any type of order. 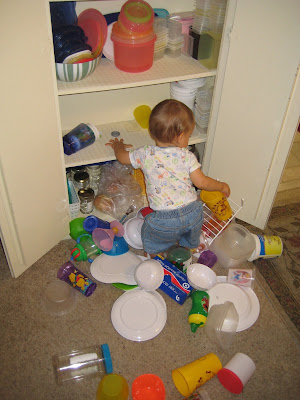 We love our buddy boy. He's a keeper.
I forgot to mention his highly sophisticated communication style. It goes a little like this: a reach and an "eh" or a reach and an "EH!" or a reach and an "AAAHHH!" So intelligent!
He also loves to be with people. He loves just taging along and watching/being entertained by the big sis', especially. Also, he doesn't mind being held by me as I cook dinner, make breakfast, or just do stuff around the house. I was amazed that even the other day when I swept off the back balcony, he pretty much watched the whole time. I think he was just eyeing the dirt and trying to devise a way to get to it for his eating pleasure!
Posted by Desirae Badger at 10:38 PM

thanks for the update

HA HA HA! That is so hilarious and he is so Handsome! I love all the pictures and the updates on him :) It's crazy how fast kids grow!

Alsoo.. I have a favor to ask of you and EVERYONE you know who blogs :)

There is a link on my page for a cutest baby contest :) It's on my friends blog "baby making machine" and I get a cute little prize if Shane wins :) He is number 13!! TELL all your friends who blog to vote for him too!!!


Just in case, here's the link to the blog post where you can vote for Shane :)