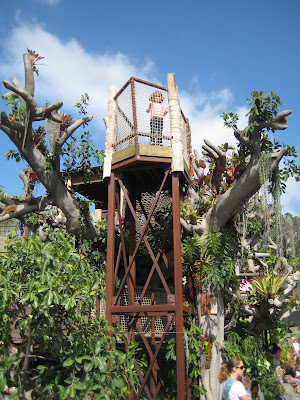 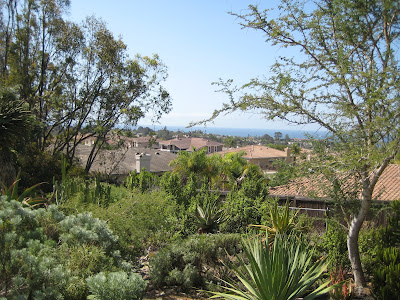 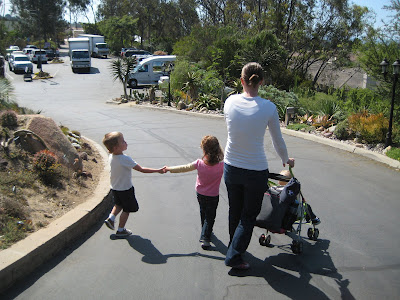 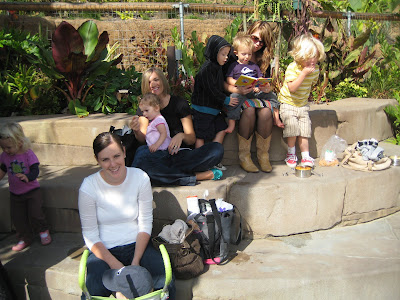 The terraced area for moms and kids to hang-out near the cool tree house. 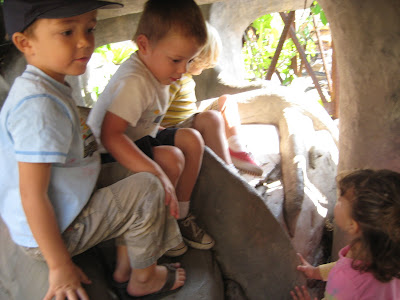 Beneath the shady "roots" of the treehouse, the kids chilled. 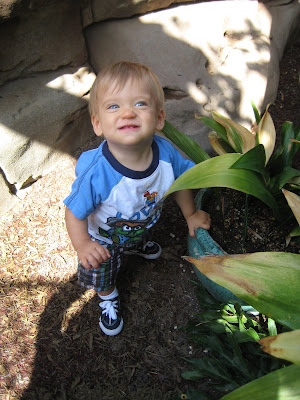 Ian, of course, crawled around and tasted all sorts of earthy delights! 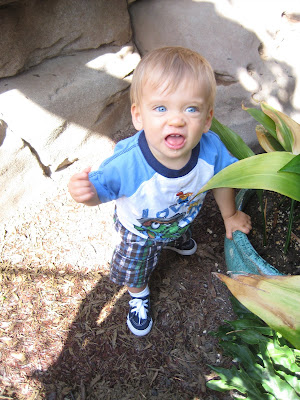 Brooklyn again decided he needed to wear this outfit. It's her favorite look on him. I guess it goes along with the outing. It has a picture of Oscar the Grouch and the earth, then it says "love it, don't trash it." 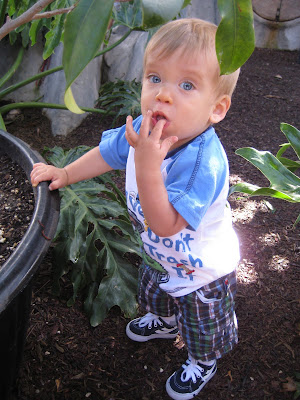 Brooklyn and the twins, Beck and Tate, who are in her nursery class and are one day younger than her. They took turns holding her hand, but it was mostly Beck who initiated. 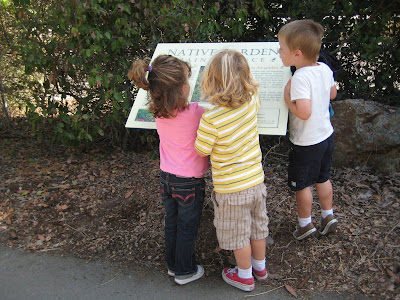 Below is the second time they were holding hands. We were happy to capture it on camera. I won't mention who is taking charge in the journey, but I'm sure you noticed. 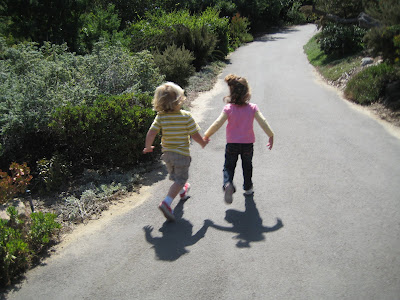 Da kids. It must have been Tate's naptime, or close to it. He was sucking his thumb. 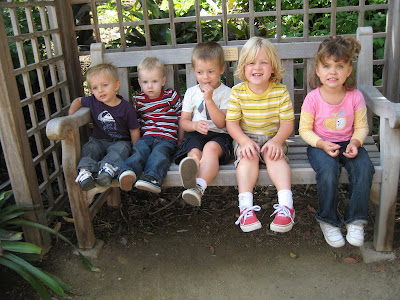 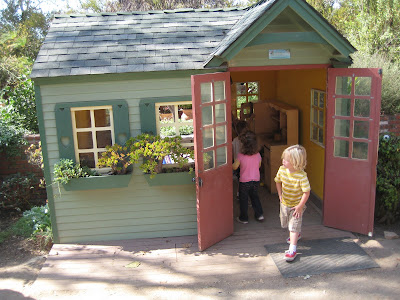 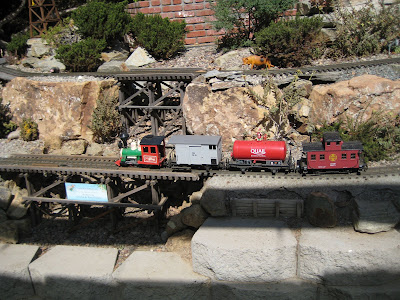 The kids, mesmerized by the working mini-train 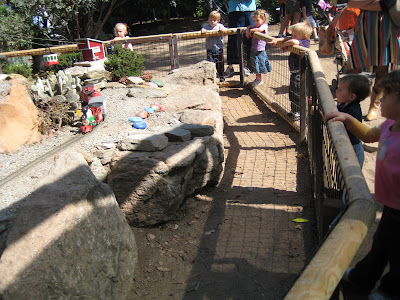 The kids got to plant little succulents. 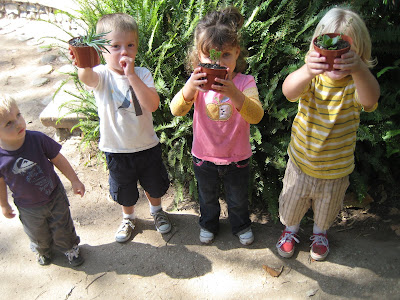 A parting picture. This time the pots are not hiding their faces. The other kids had left already. 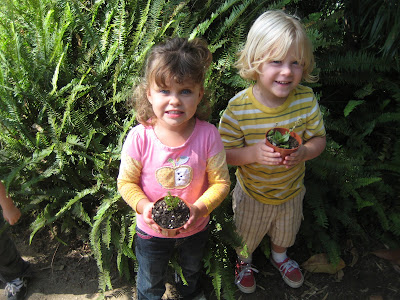 Fun times!
Posted by Desirae Badger at 11:15 AM

Looks like a lot of fun. Thanks for the updates on your family.

Wow. You really have a great variety of educational locations in your area. Your children are really benefiting from their exposure to these events. BADGER DAD

so fun! What cute kids.

So happy!
i want go there to meet your children...