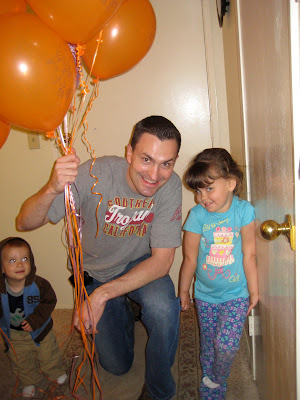 These two, I have discovered, cannot be trusted to make a Party City run alone. Those little rascals. 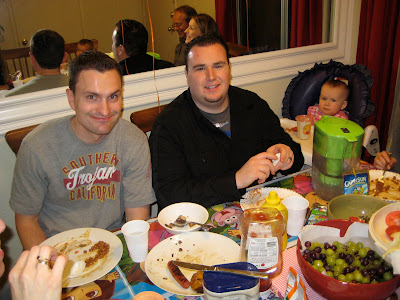 Burgers and hotdogs all around! 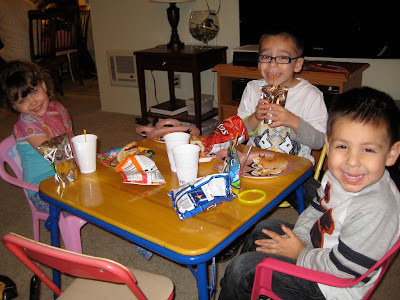 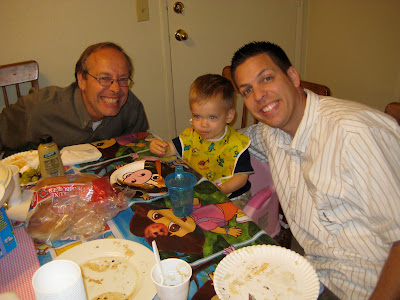 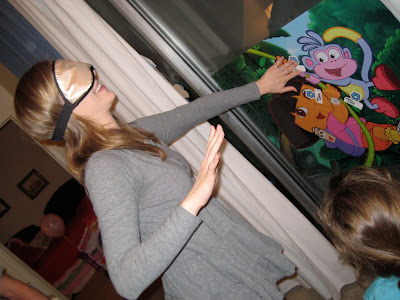 Pip playing pin the flower on Dora. For some reason, we all were laughing so hard at this game. Maybe because of the eye mask of choice. It's something I bought for Stephen shortly after Ian was born. I also bought Stephen some ear plugs at that time. It was my effort to allow Stephen to sleep at night while Ian would cry for hours on end. 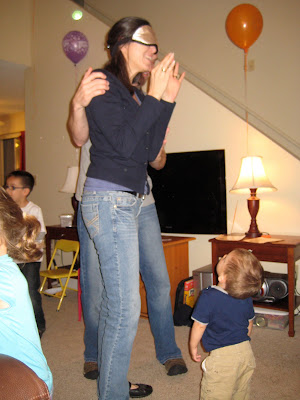 We all loved watching the blind-folded person get spun around a few times and then inch their way toward the plastic target. Simple pleasures. For some reason, people feel so uncertain and vulnerable when their vision is completely blocked. In a family of jokers and teasers, the uncertainty was not without cause. 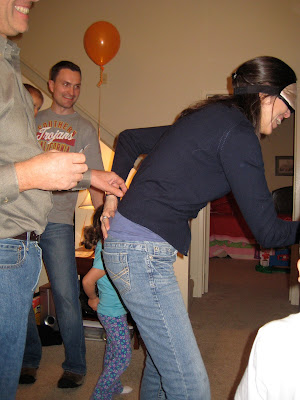 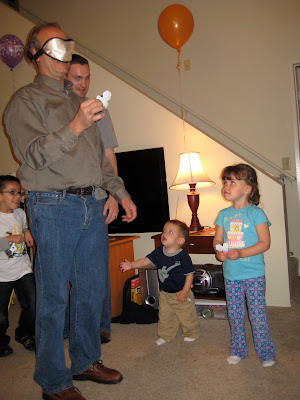 Another family member hanging onto his back belt loop just for precautionary measures. 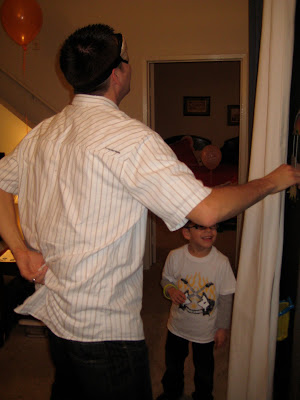 Musical chairs. We also got a kick out of watching the children scramble for the chairs. 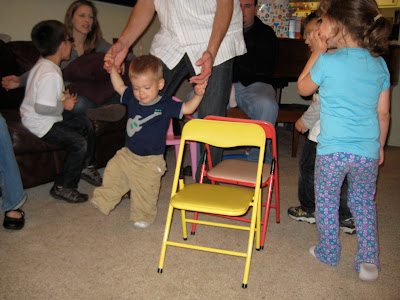 Everyone had their tactics. 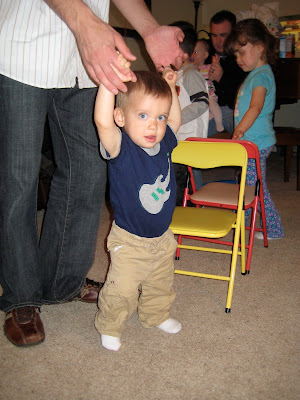 No McKendrick family party would be complete without Button-Button. Thank you, Grandma Grace. Again, we all laughed at how the kids spoiled the outcome of each round of this game. For those who haven't played it, Button button goes like this: Whoever is "it" has a button between their hands. That person walks around the room and slides his/her hands between everyone else's hands, individually, pretending to deliver the button to everyone, but really only one person gets it. At the end of the delivery time, the question is asked, "Button, button, who has the button?" The "it" person then calls on one person at a time and each person will guess another player that they think has the button. Of course, if the button is given to a small child, they cannot keep the secret very long. Also, if a small child is "it," they mystery of the button keeper usually doesn't last long either. 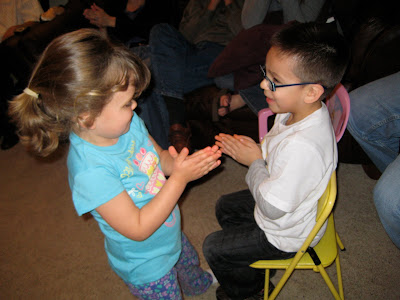 We were all hysterical by the final round of it. 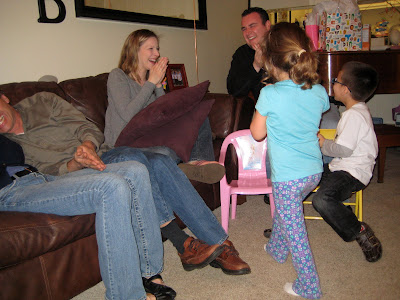 Ian approved of the cupcake dessert. 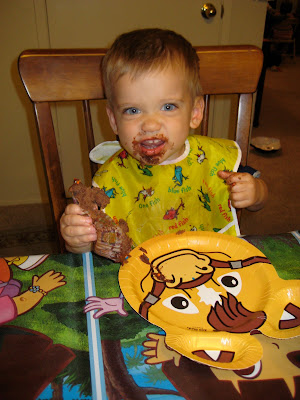 Posted by Desirae Badger at 4:25 PM