Since there were only a few days left of the month, I figure I had better take advantage of the 50% off museum pass for most San Diego Museums in the month of February. Here we are at the model train museum. 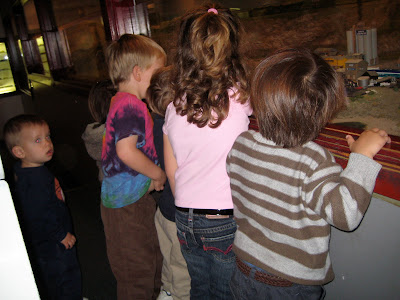 It's pretty sad that in the nearly two years we've lived here, I've only taken Brooklyn to one other museum. There must be at least 8 - 10 different museums at Balboa Park alone. We've gone to the zoo quite a bit (also part of Balboa park), but never ventured to do much more beyond that. It was about time. 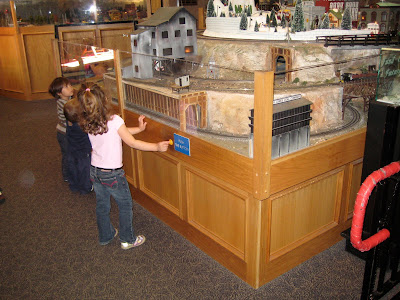 Here Brooklyn's pushing a button to start and stop one of the trains. 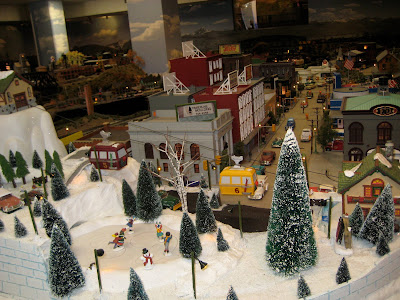 In one of the rooms, there were several trains that ran through so many different scenes of a miniature town. Above is the snowy Christmas village section. There was a frozen pond with ice skaters, and back behind the big hill, there were also some sledders. I was amazed at all the detail in each scene. 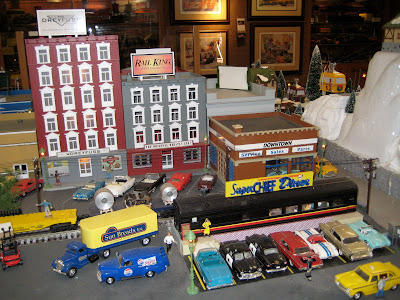 Lots of old-fashioned cars were parked outside of this SuperChief Diner. The diner was of course, the shape of a train car. 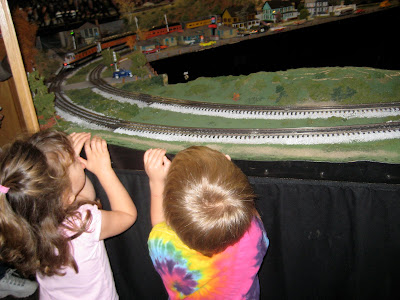 Brooklyn and Calvin waited to watch a train pass by on the spot where the glass was removed for closer viewing. 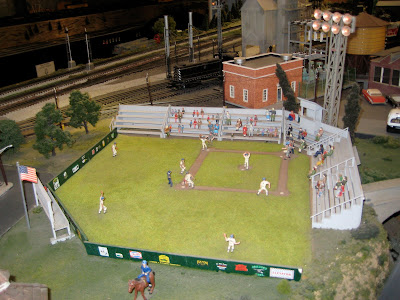 Yes, there was even a baseball game going on in town. 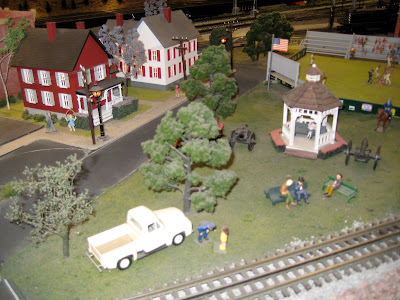 Miniature people sat on park benches, and there was even a kissing couple in the gazebo. 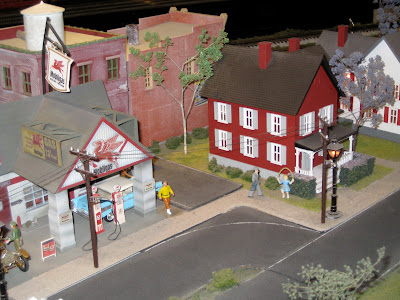 Here was the gas station with workers and a girl jumping rope near her home. 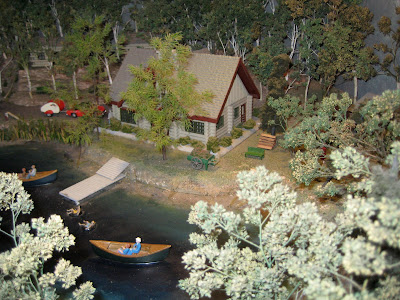 There was even a camp ground on the outskirts of town. 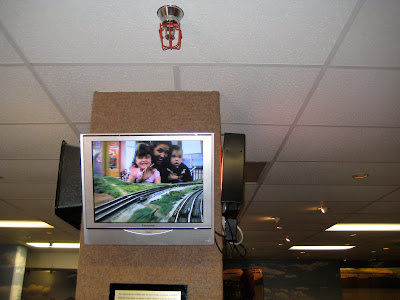 Who are those goofy characters on that flatscreen? I couldn't resist. One of the trains had a video camera on the front of it so that you could feel like you were on the mini train. When it came close, we had to say hi! 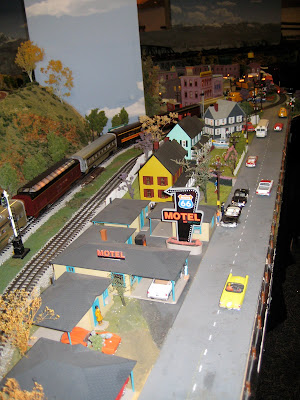 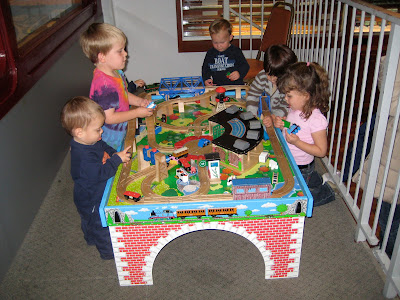 A Thomas the train play table for the kids 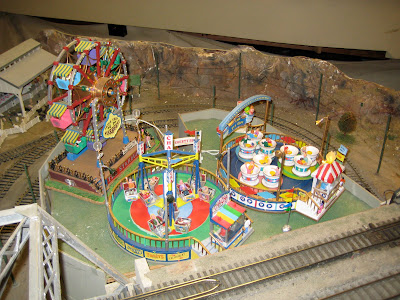 The carnival with spinning rides
I enjoyed it and could have stayed longer had the kids not been hungry and tired and if Brooklyn would stop letting me know she was done by saying, "Let's get out of here." Obviously, we have some learning to do in the museum etiquette department. Perhaps just etiquette in general.
Posted by Desirae Badger at 4:50 PM