Last Half of January 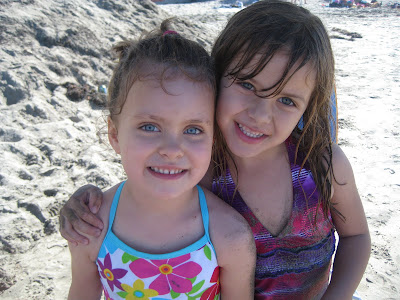 You'd think we'd have taken a long sigh and recovered from the holiday festivities, but we sure did NOT! We had a warm spell in January and spent some time at the beach with friends... 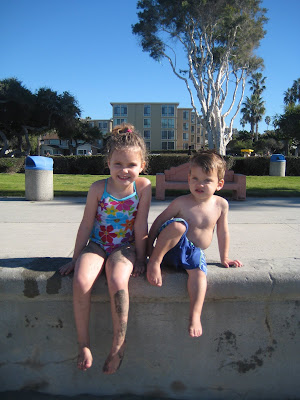 If you look close, you'll see that Ian's hair is doing a serious comb-over. That's the result of me sticking his head under cold running water to rinse out what seemed to be a bucket full of sand. 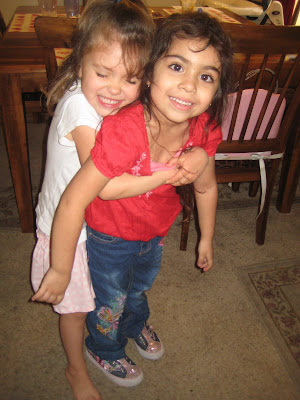 We had a new friend over from preschool, Ariana. She and Brooklyn call each other "buddy." Even Ian has learned to spot Buddy's car from a mile away. "There's buddy's car!" he said as we drove the freeway home from L.A. a couple of weeks ago. It took me a minute to figure out what he was saying. Then I just had to laugh. What a car guy. Thanks, Dad and Ted! 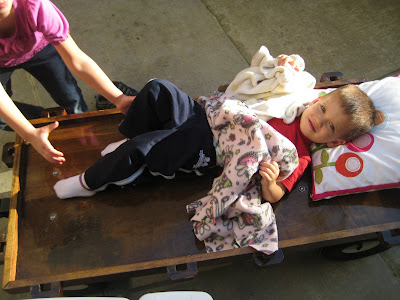 Speaking of the little guy and his obsession with wheels. Have I ever mentioned that he loves to charm the ladies? It must be how he earned this sweet ride on a busy weekend when this wagon was being used to cart stuff over to our new apartment. (For those of you who have our address, everything is the same except we're now apt. #310 instead of #324...Details later.) 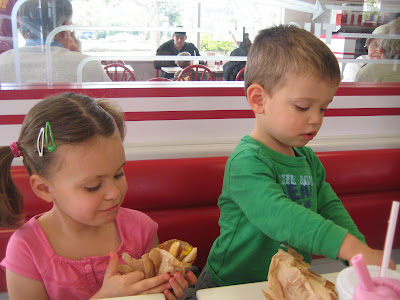 And lastly, we made sure to stop at In-N-Out once or twice. Now that's what a hamburger's all about!
Posted by Desirae Badger at 3:04 PM