Last of the Museums

The natural history museum felt very classic museum-ish with the dinosaur bones and all. We also so a cool movie about the ocean. 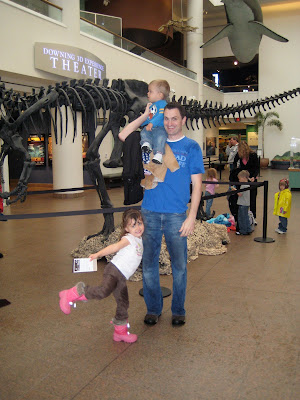 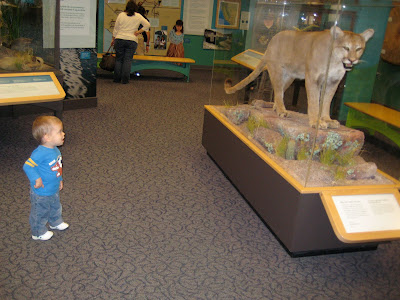 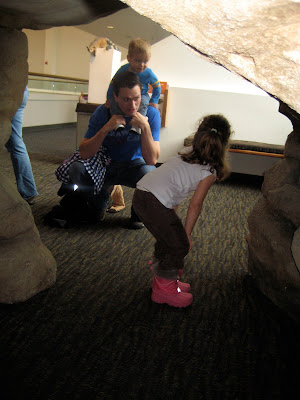 I must mention that it rained most of the day. Hence, the wetness and the rain/snow boots. 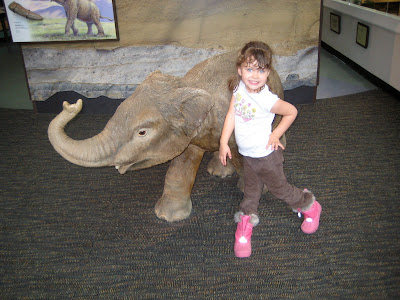 Even though Stephen doesn't like the grown-out nappy-ness of his hair (I cut it later that afternoon) I dig the smile on the little guy. I just couldn't cut the Dad out of the picture either. It would ruin the effect. 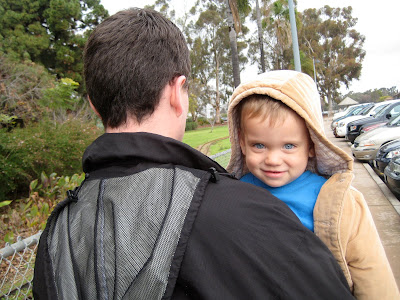 nice grin in that last one.

I'm lovin all of these blog posts! Your days seem so eventful and exciting!! and My Niece and Nephew are SO ADORABLE!! I love it!