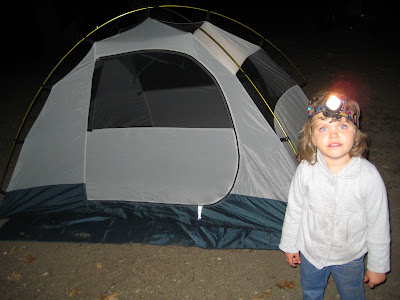 Stephen and Brooklyn braved the ward camp out while Ian and I had a regular stayed at home and began the halloween costume sewing projects. Call me a party pooper, but I don't think Brooklyn minded staying up WAY later than I would have allowed, and eating all the hotdogs and s'mores than she could possibly desire. 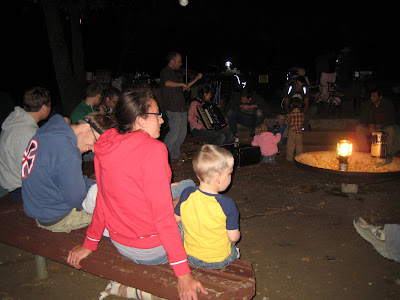 The nights festivities included special musical performances involving an accordion, a violin, and a guitar. 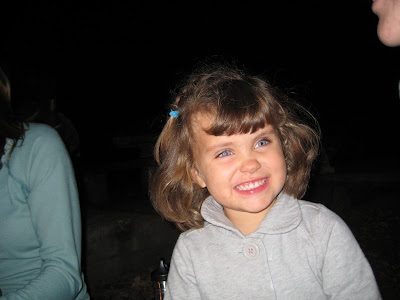 Brooklyn loved the campfire music and being a social butterfly. 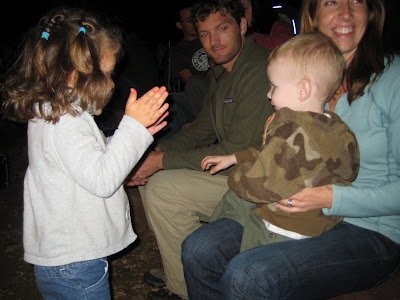 I liked this tent picture the best even though Brooklyn's eyes are closed because it shows her static hair and Stephen's eyes don't look as tired as in the other pictures. This was probably taken and 11PM, mind you. 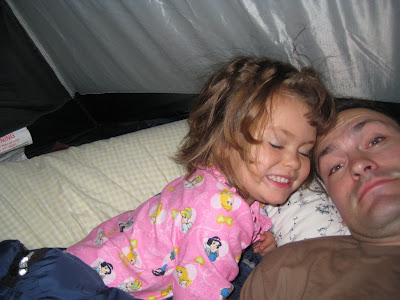 Did I mention she LOVED staying up late? 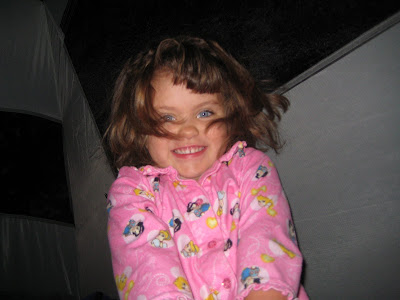 The next morning the bishopric made a yummy pancake breakfast. 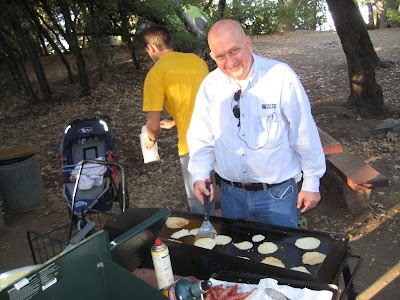 The happy camper. The whole time we talked about camping in a tent the week prior, Brooklyn couldn't separate the concept of a regular camping tent from that of a conference tent. Kinda like she can't separate the song "Ol' MacDonald" from the name of the fast-food restaurant. 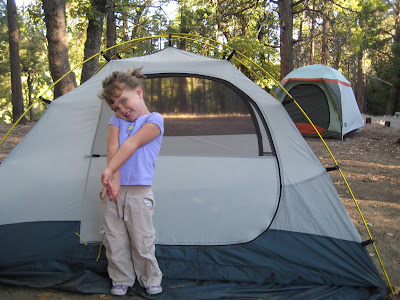 Thanks, Stephen, for braving the outing. I'm glad you both had a wonderful time.
Posted by Desirae Badger at 10:41 AM

It was better than being with the Scouts in 90 degree weather with as much humidity. Camping in Cali looks really great. BADGER DAD

she was so fun that night! Her head lamp was awesome!

AND the MAC BAD game stole the show!