A Day at the DeRidder Park

At DeRidder's very own grand central park was where we spent our New Year's Eve day. Stephen, Rosalia, David, and Kimberly took turns playing tennis with the extra challenge of a strong wind to contend with. Those who weren't playing tried to keep the little ones like Brooklyn, who acted as though she was really competing, away from the line of fire. "Cheeeeeese!" 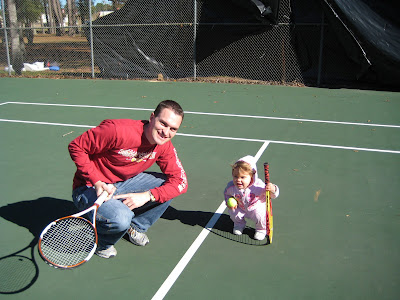 We got some great action shots on the slides. Brooklyn is preparing for a sharp turn and Stephen playing it oh-so-cool. 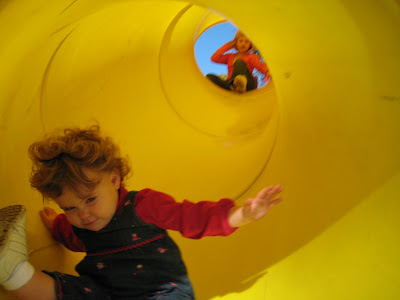 The best part of the park experience was getting Stephen's Kim (Stephen's older sister) and Ted (Stephen's dad) to go down this blue slide. They were a little more hesitant than the rest of us. For a video of Ted, see the Louisianna Badgers blog. 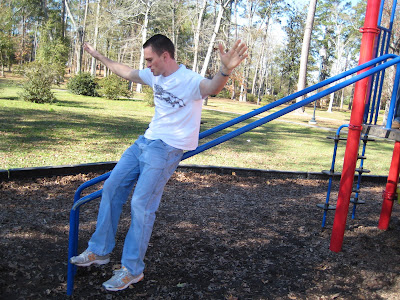 Brookie looks like she is going down the slid at mach 3
...the HAIR - do you want me to send you some clips? HA!HA! i am teasing!
LOVE YOU ALL ...and at this point MISS YOU MORE THAN THAT!!
:)

Great pictures, you should be a professional kids photographer! I was minding Cooper at the tennis courts. It was cold that day!

Oops, that's "'kids'" with the possessive.

Okay, two things I love.
Brookie's fro going down the slide and Brookie's face on the tennis court in squat position! So cute dudes!
Bring her back!